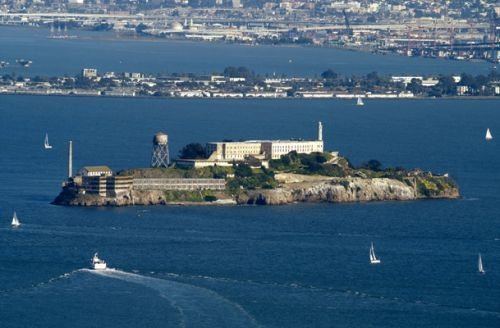 As a convict in the Alcatraz Penitiary Institution your life belonged to Alcatraz Warden Paul J.Madigan, who wrote the next chapters of your life in great detail in the ‘Institution Rules and Regulations Manual. This Manual was handed to each convict sentenced to Alcatraz. Getting caught as a criminal was a major accident on it’s own but a sentence to Alcatraz was a serious critical accident. No escape from Alcatraz.

Complaining by the convict of his imposed burden of Rules and Regulations was futile. He committed a crime and had to pay the price: every minute of his sentence time thereafter was for ever after regulated.

As a metaphor for Regulatory burden Complaints by corporations today, one could argue that those corporations are responsible themselves for the current stack of Rules and Regulations which they have become subject to.

If they had prevented the Corporate Accidents from occuring, there would not have been such extensive ‘burden’ of Rules & Regulations. Incident management therefore could be the key to lesser regulatory burdens.

In our Dialogue session on November 29, 2012 we focussed on incident prevention and what lessons can be learned in situations where lives are at stake. Basically: Have a solid plan and train for prevention of incidents but also prepare for when the plan is not going ‘as planned!’ The method used by Shell in their operations is a clear and visually friendly way of putting this into practice.

After all,self-regulation is for many of us more attractive than Alcatraz…..

4 gedachtes over “Alcatraz, How bad Incident Management leads to more Rules & and Regulations: a metaphor for Todays’ Corporations”

(2017) The rise of third category consulting

(2017) How will you manage the impact of the Payment Services Directive 2?